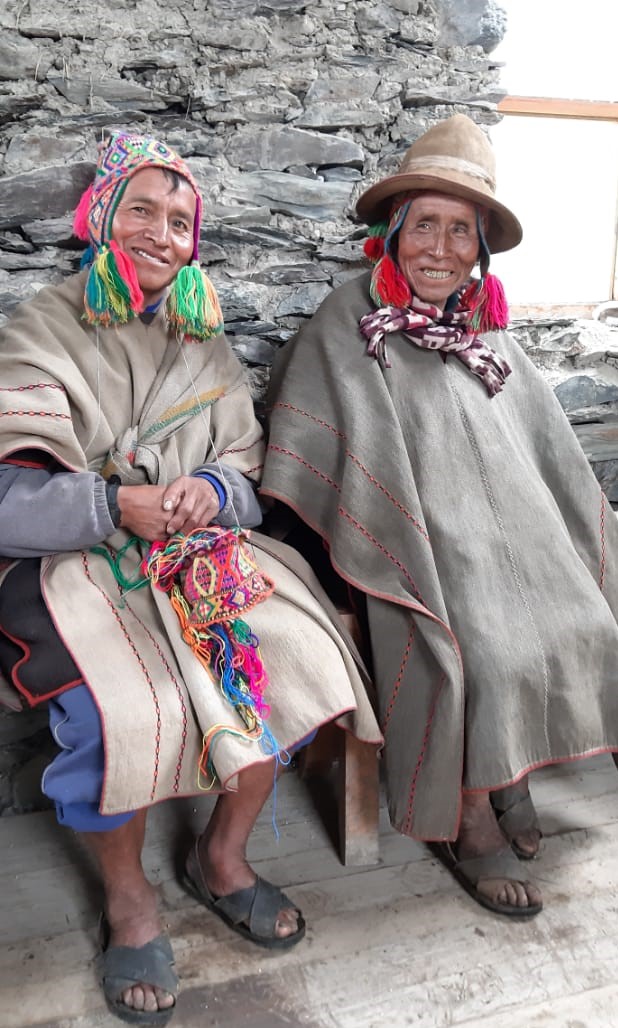 According to runasophy/jaqisophy, Andean ethics does not take the human being as a ‘measure of everything’ or an end in itself. Its exceptional dignity lies in its preferred place (topos) within the totality of cosmic relations. As an important chakana, the human being has a cosmic ‘function’ of conservation and perpetuation through ritual and ceremonial ‘presentation’. Therefore, it is not an end (telos) in itself, but a cosmic co-finality. The human being is an intrinsic ‘part’ of the cosmos (pacha); this is precisely what gives him his dignity and exceptional position.

The main Andean ethical principle could be formulated as follows: “Act in such a way that you contribute to the conservation and perpetuation of the cosmic order of vital relations, avoiding disruptions of it.”

An absolutely transcendent God, that is to say: non-related, is for Andean philosophy a non-existent and incomprehensible philosophema. But neither do ‘relative’ or created absolutes exist; no sphere of the cosmos, no particular ‘entity’ exists in and of itself, autarchically and self-sufficiently. The Cartesian proposition of cogito ergo sum is for Andean philosophy an absurdity; no ‘being’ is arche or principle of its own being. Rather, ‘being’ is ‘related being’; Andean ‘ontology’ is always an ‘inter-ontology’.

Speaking of “ecosophy”, I use a Greek word (oikos) that has its topos in the economic sphere; for Aristotle, ‘economy’ is the ‘law (nomos) of the house (oikos)’. I recover here this etymological meaning (‘house’), without submitting to the ‘eco-nomic’ dictum: the universe presented as ‘house’ (wasi/uta; oikos), as Pachacuti Yamqui did; and the elements in it, ordered according to criteria of a sophia or ‘wisdom’ of relationality. In this sense, the term “ecosophy” means the ‘Andean wisdom of the physical cosmos as an organically ordered house’. I prefer this term to the one that is fashionable in the West: “ecology”, because the latter has the connotation of modern logos (and ‘science’). For runa/jaqi, nature cannot be ‘known’ logically, but only ‘lived’ organically and symbolically.

The pachamama (mother earth) fulfills, in a certain sense, a symbolic function similar to coca: she ‘relates’ the three strata of the universe, through her fecundity. The sun (inti/willka: masculine), through rain (para/jallu: feminine), fertilizes the ‘virgin earth’, and the runa/ jaqi helps in this process by tilling it, that is: opening it to ‘relate’ it to the forces of ukhu/manqha pacha. Synthesizing the forces from above (hanaq/alaxa) and below (uray/manqha), pachamama is the main source of life, and, therefore, of the continuation of the cosmic process of regeneration and transformation of the fundamental relationality and of the cosmic order (pacha). In this sense, we could even translate pachamama not only as ‘mother earth’, but also as ‘mother cosmos’ or ‘feminine cosmic principle’.